Thanks to the mediation of the Venezuelan writer Miguel Otero Silva (1908-1985), Oswaldo Vigas met Cuban artist Wifredo Lam (1902-1982) in late 1952, when he had just arrived in Paris from Venezuela. Lam had coincidentally returned to the city that year after having lived for an extended period in Spain and elsewhere in France, and abroad in the United States, Haiti, and his homeland of Cuba.  A friendship began that would last until 1982, the year when this master of Cuban and universal art died.

Vigas and Lam had much in common, which undoubtedly fostered a great empathy between them. They were united, of course, by their Latin American roots. Despite the years that Lam lived outside of Cuba, he was always aware of his origins and cultural roots. He was of Asian, African, and Spanish heritage, representing a mix of racial and cultural strains that has been typical of American lands since colonial times. Lam was born and raised in Cuba quite aware of this heritage of cultural mestizaje. This “fusion” is reflected in his works by hybrid figures that are a basic part of his artistic vocabulary. Moreover, Lam was entirely an artist of his time, as he was eager to explore the innovative movements that were then current in Europe. During his stay in Spain between 1923 and 1938, and then in France from 1938 to 1941, he assimilated all the important, new languages ​​of modernity: Cubism and Surrealism, and, in the late ‘40s, the Expressionism of the CoBrA group (1948-1951). When Lam and Vigas met, CoBrA was still a vortex of artistic research and development. Lam, like Vigas, was a close friend of Guillaume Corneille and, above all, of Asger Jorn, two of the founders of CoBrA. In this regard, it is clear that Lam and Vigas shared a taste for artistic expression that was strong in gesture and color. As to the figuration in their paintings, it is important to note that both Vigas and Lam felt deep admiration for the symbols and characteristics of archaic and tribal arts–African art, Oceanic art, and, of course, native Caribbean art. The faces of African masks one can see in Lam’s work, and the elements from the world of Santeria, widely practiced in Cuba, resonate with the Pre-Columbian clay female figures one can see in Vigas’ work. The archaic, remote world is activated and powered in the work of these artists. However, as the critic Gaston Diehl wrote, a return to cultural sources in Vigas is then followed by transformation into a personal language when the artist merges the plant, animal, and mineral essences into one figure– to result, says Diehl, in “a real human transcendence.” In other words, Vigas’ painting reaches the origin of life, when every living organism embodies multiple strains and species in concentrated form, then gives rise to all the species we know. This desire for transcendence through art and a cosmogony of one’s own is completely American– not only a great strength of Vigas’ art, but also its most important distinction.

Besides the empathy that Vigas and Lam had for each other, there were other circumstances that helped deepen their friendship. They happened to meet while participating in important group exhibitions. The first was the X Salon de Mai of 1953 at the Musée d'Art Moderne de la Ville de Paris. Lam and Vigas both contributed to it, along with other major international artists. Then, on the occasion of a group exhibition of Cuban art in Venezuela in 1954, Lam had the opportunity to visit Vigas’ mother in Valencia, Carabobo, with the artist Héctor Poleo. By then, the friendship between Vigas and Lam was close, to the point that Vigas was one of the few artists whom Lam trusted to enter his studio.

Lam was invited, too, by Carlos Raúl Villanueva to paint a mural for his project Síntesis de las Artes project in the Ciudad Universitaria de Caracas. Lam’s mural is located in the Botanical Garden. Vigas had already made his five murals, which was located at the Plaza del Rectorado. Years later, in 1962, Vigas and Lam coincided again in another major event, the great exhibition L'Art Latinoaméricain à Paris, which was presented at the Musée d'Art Moderne de la Ville de Paris. It was the first exhibition of the art of the South American continent presented in that city, and both artists were part of the organizing committee. With them were Agustín Cárdenas, also from Cuba; Roberto Matta and Enrique Zañartu from Chile; Rodolfo Krasno, Rolando John, and Alicia Peñalba from Argentina; Silvano Lora from Santo Domingo; Arturo Luis Piza from Brazil; and Perán Erminy from Venezuela.

Oswaldo Vigas and Wifredo Lam are two major Latin American artists whose work represents the essence of Americanness. They knew how to reconcile, each in his own way, a language of modernity without losing personal idiosyncrasy and cultural identity. Their friendship was based mainly on this understanding. 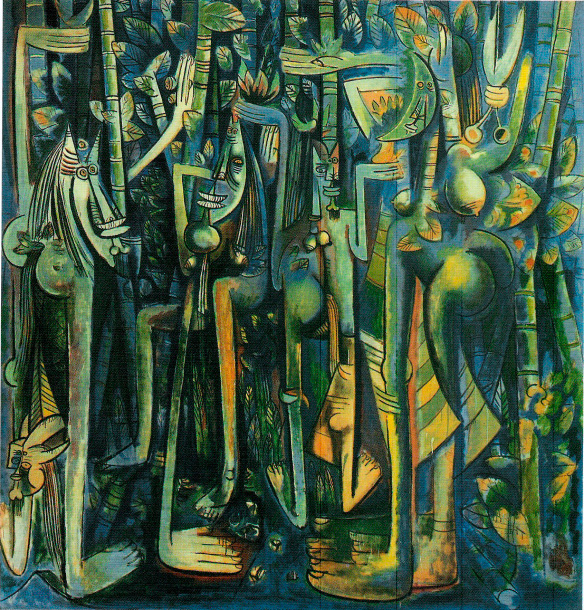 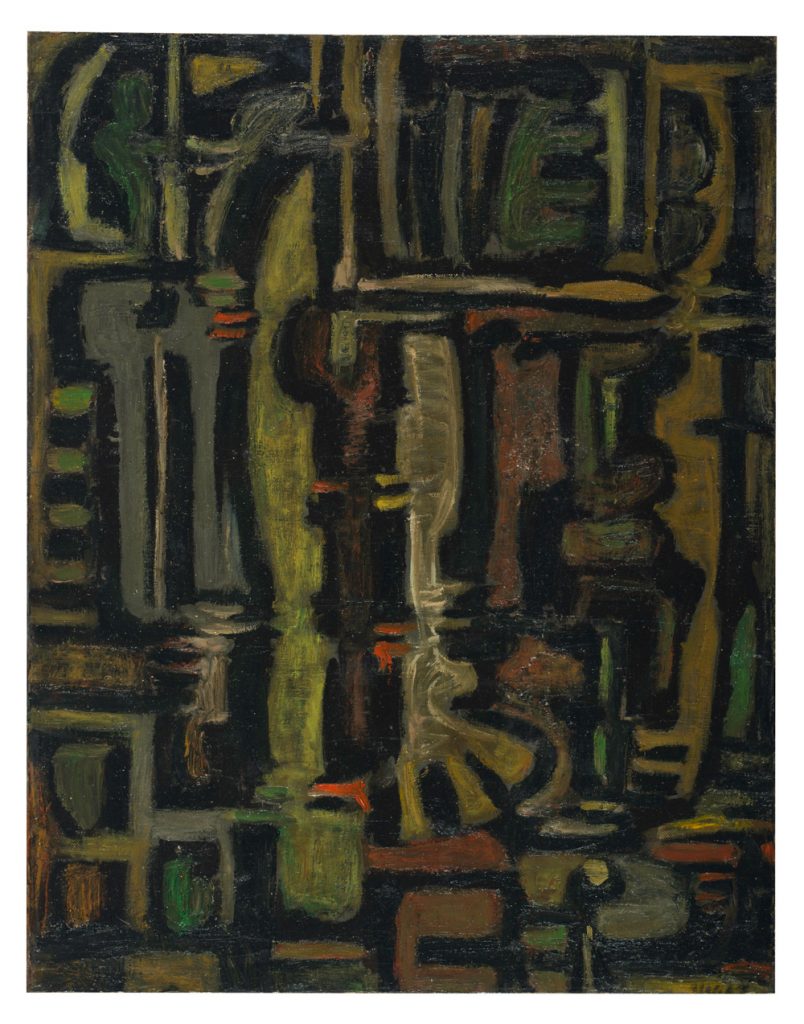