When Oswaldo Vigas arrived in Paris in 1952, he was a young artist who had already received the National Prize for Visual Arts and other awards in his native country. He was very self-confident and quickly settled into the cultural life of the city by participating in important salons like the Salon de Mai with the great modern European artists of the time.

In 1955, while Vigas lived in Paris, the Ateneo de Valencia, in the province of Carabobo, Venezuela, commissioned him to organize a large international exhibition to honor the four hundredth anniversary of the city’s founding. Vigas accepted, and in his pursuit of excellence he invited the most renowned artists of the time, working in both representational and abstract styles, whom he was well acquainted with.

Picasso submitted an oil painting entitled Portrait Madame D, which he had painted in 1954, when he lived in Vallauris, on the French Riviera, very close to Cannes. At the time, Sylvette David, the artist and ceramist, was Picasso’s model– her artistic name is Lydia Corbett. When Sylvette was nineteen years old, she was Picasso’s neighbor when he lived at the Villa La Galloise. Many know her as “the girl with the pony tail,” and her profile, with this hairdo, was one of the visions that most caught the painter’s imagination. Picasso made many portraits of Sylvette, always with his clear expressive style, with synthetic forms that give prominence to lines.

By the time the Valencia exhibition opened, Picasso was a well-known artist on the world stage, though he had temporarily taken a voluntary retreat from public life during the post-war years. Vigas managed to convince him to accept an invitation to participate in the Valencia exhibition when he went to Cannes to him personally, thanks to the pianist Humberto Castillo Suárez. Picasso welcomed them into his new home, the Villa La Californie, where he had moved that same year, 1955, and they all spent three very pleasant days in conversation. During the visit, Picasso was friendly and generous with Vigas—far from the difficult and temperamental person he was known to be. He was respectful and even somewhat humble. At one point, Picasso asked for Vigas’ opinion on his painting and Vigas expressed admiration. Suddenly, Picasso stated that Velázquez was truly an artist—and two years later Picasso was painting his famous Meninas series, copying Velázquez's work in his own way.

During those three days of conversation, Picasso must have sensed Vigas’s capacity to become a great artist. Like Picasso, Vigas was essentially a representational artist who took his art seriously—and indeed the two artists share some common artistic themes, such as animals and women. Picasso portrayed couples through the decades in the styles he was interested in exploring at the time: realistic, Fauvist, Cubist, and Expressionist. Vigas, on the other hand, dealt with the theme of women through archetypal images according to cosmogonic conception he had of woman as goddess, myth, or source of life.

There is no doubt that there was not only great empathy between the two artists but also an artistic connection that has somehow stood the test of time. Both were multifaceted—accomplished not only in painting but in drawing, sculpture, textile art, engraving, and ceramics; and both of them, in their own periods and creations, worked with discipline and persistence. Vigas, like Picasso, was passionate about art partly because he liked to explore all kinds of media. Vigas’ experience with ceramics, for example, undoubtedly had something to do with Picasso. In Vallauris, where he painted Portrait of Madame D, Picasso had a fruitful ceramic period at the ateliers of Madoura and Fournas. During the 1940s and the 1950s Picasso produced numerous pieces, including jugs, zoomorphic objects, and plates. Vigas, on the other hand, first worked with ceramics much later, in the 1980s, when the Ateneo de Valencia commissioned a mural for its main façade. He honored the native culture of the region by naming the work Homenaje a la cultura Tacarigua, and he later produced more than 200 pieces, including plates, dishes, bowls, and other items. This was all budding in young Vigas when he met the Andalusian master in 1955.

In spite of Picasso’s overwhelming personality, Vigas was always able to preserve his own personal style in his painting. This is clear because after his visit to Picasso he finished his Objetos series, works in which there is a predominant constructive and synthetic approach, which he had begun in 1952 with his Composiciones constructivas. Though these paintings have a tendency to be abstract, Vigas’ perspective, drawn from the cultures of native peoples, inspired him to retain references to the organic and natural world. After a constructivist period, he had a brief informalist period, then he returned to representational images, in which women and other beings were distinctive elements of his style.

After an emotional farewell, Vigas left Paris, promising to return. He left Paris with Picasso’s permission to withdraw the Portrait of Madame D from a Parisian art gallery. The exhibition in Valencia was a great success. However, Vigas did not return to visit Picasso because when he saw the catalog of the Valencia exhibition, the dictator of Venezuela, General Marcos Pérez Jiménez, and not Pablo Picasso, was listed as Honorary President of the exhibition. Vigas had not consulted about this change, which affected him deeply. The exhibition’s sponsor, Creole Petroleum Corporation, had required the change in order to fund the exhibition catalog—and because of this, Vigas’s colleagues unfairly accused him of cooperating with the regime, when in reality he had been a strong supporter of the opposition all his life. Offended, Vigas destroyed the catalogs and did not learn the true explanation for the change until fifty years later.

Vigas never forgot the three days he spent in conversation with Picasso. The fact that art was an essential aspect of their lives united them. Picasso is considered one of the most prolific artists in history. The same can be said of Vigas, who did not cease to work, even in times of adversity. He produced art until the very end of his life. 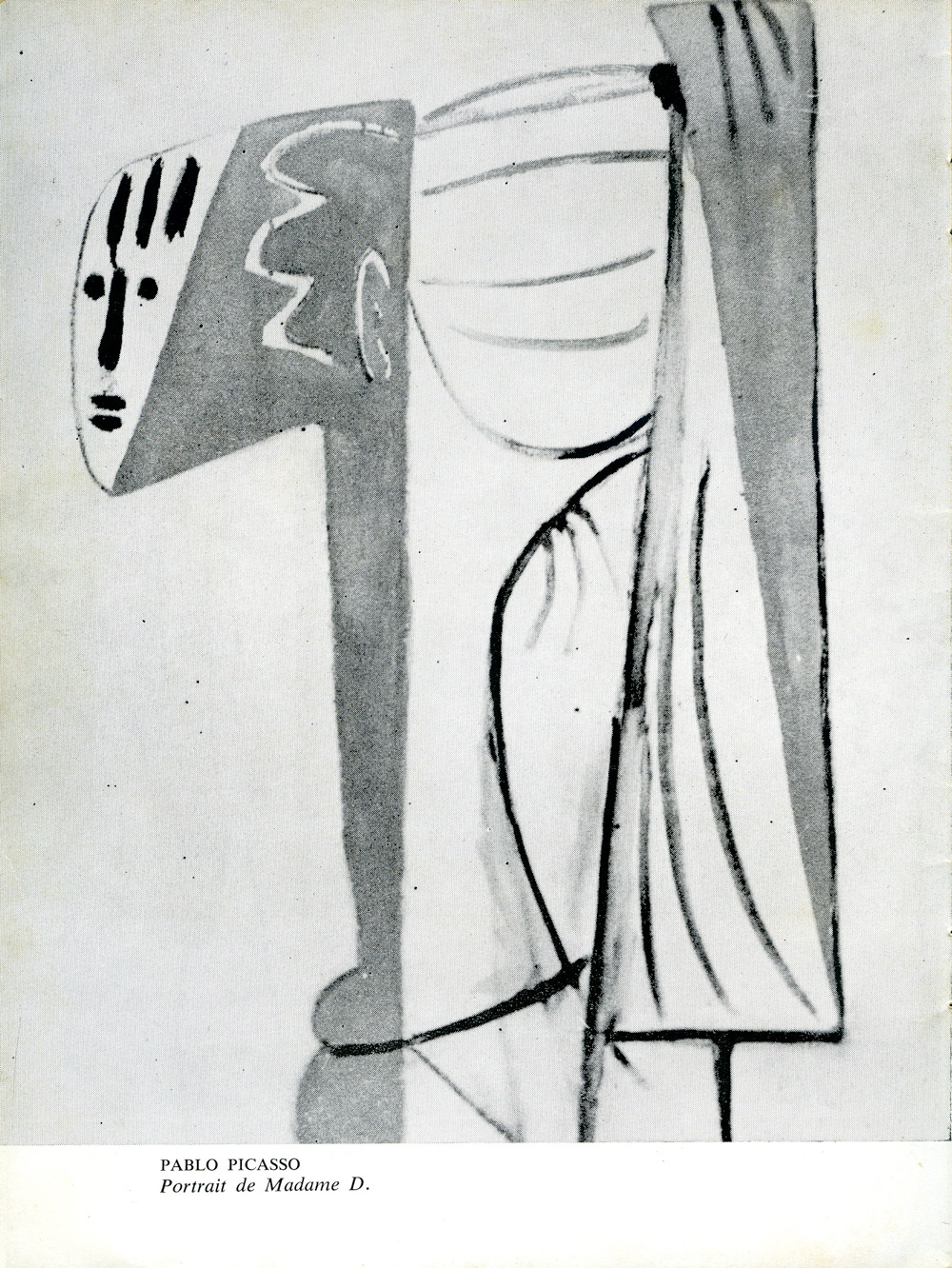 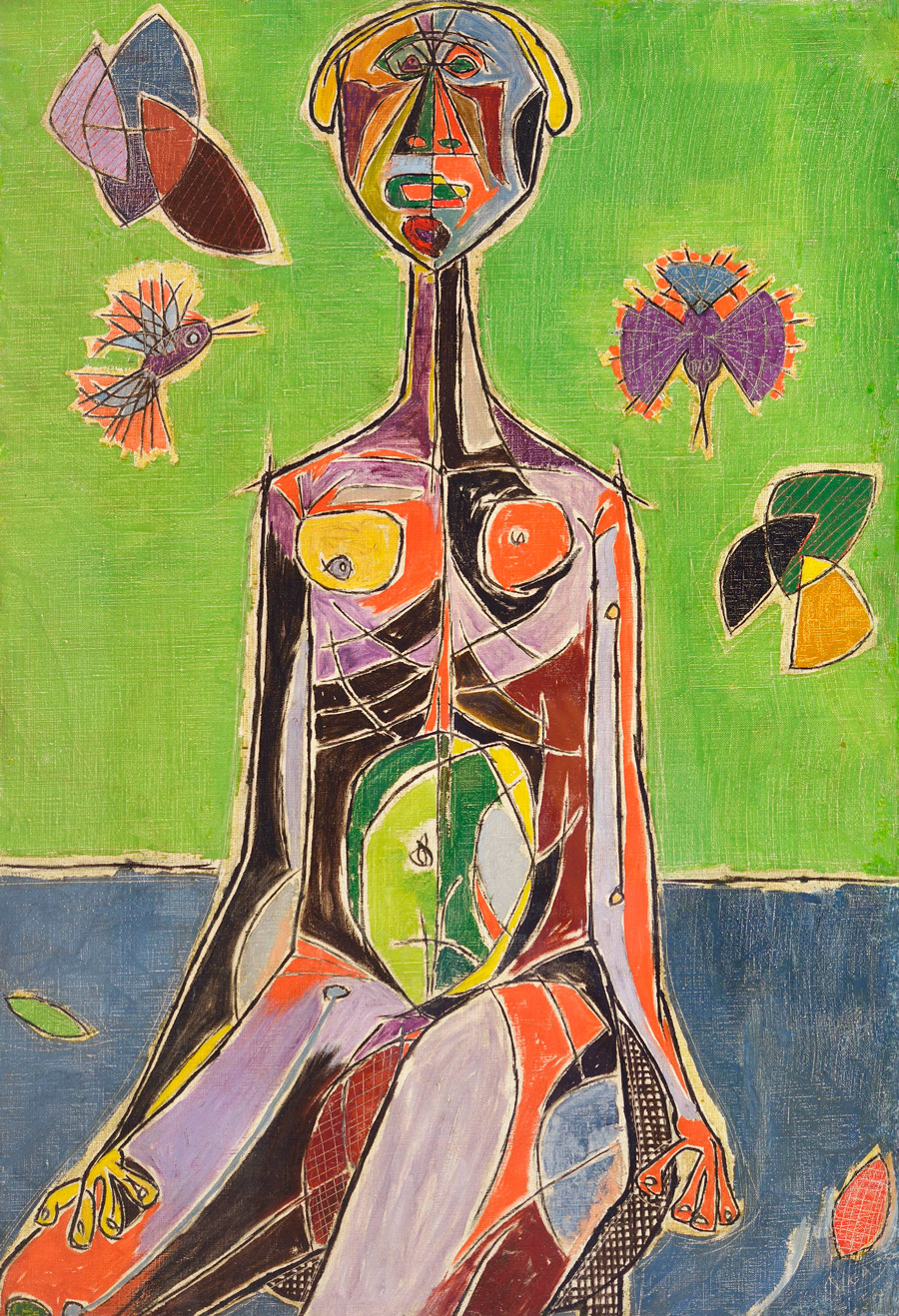