Having just arrived in Paris in late 1952, Vigas quickly integrated into the artistic atmosphere of the city. He set up his studio on the rue Dauphine, which soon became a meeting place for artists and intellectuals from both Latin America and Europe. The studio door was always open, so visits of friend artists were something that happened very often.

Vigas worked steadily, and was so prolific that he was immediately able to participate in several major events, such as the Salon de Mai and the Réalités Nouvelles. For several years, he exhibited in these salons with such internationally renowned artists as Pablo Picasso, Max Ernst, Fernand Léger, Victor Vasarely, Wifredo Lam, and Roberto Matta, among others. The atmosphere of reciprocity in the art world helped foster good friendships. Thus, one of Vigas’ best friends was Max Ernst (1891-1976), who visited him in his studio with his wife, the artist Dorothea Tanning. Despite VIgas’ youth, there is no doubt that Ernst liked the younger artist’s free and independent spirit; he himself was such a spirit. He was a self-taught artist who, starting from when he was very young, in Cologne, Germany, could make Dada collages seem as inevitable as conventional logic. After that, Ernst participated in the Surrealist movement in Paris. It is no accident that André Breton saw in Ernst the incarnation of Surrealism’s true plastic objectives.

Ernst was an accomplished artist whose work was already sacred to the artists of a generation older than Vigas. But that did not mean that Ernst didn’t influence Vigas’ painting. Quite the contrary. It had been a decade– since the early ‘40s– that Vigas had been making Surrealist work without knowing the movement’s Parisian progenitors, without even leaving his native Valencia. But Ernst surely saw the autonomy and independence so present in his young friend, and Vigas, in turn, sought to abandon conventional representation in order to freely create his own figurations. This aspect of Vigas’ personality is what basically guided him throughout his life, for surely it was autonomy that predisposed him against the artistic trends and fashions of the time. Painting with honesty and freedom was exactly how Vigas discovered the artistic voice that identifies him—so much so that the French critic Jacques Leenhardt, analyzing Vigas’ early work of the ‘40s, has stated that Vigas’ isolation in Valencia and his poor access to information on the development of European modern art was, at heart, very beneficial for the artist. “Instead of becoming a Surrealist painter,” says Leenhardt, “Oswaldo became Vigas.”

Certainly, when he arrived in Europe in 1952, Vigas was already a well-grounded artist in his approach and self-assurance, qualities that were visible in all periods of his work. This is evidenced by the acceptance of his work at the Salon de Mai, where he exhibited regularly, along with Ernst. And in Vigas there was an important distinction: his cultural roots. Coming from American soil was definitely part of his particular identity and style. On one hand were the telluric forces that underlie Vigas’ work, the strength of his forms, the attachment to territory, and likewise the artist’s passion for the pre-Hispanic world. For these qualities, Ernst had more than one reason to visit Vigas’ studio and feel a special empathy with him. On the other hand, Vigas was also passionate about African art and the art of Oceania and of America, which was often mistakenly categorized as “primitive” art. This fascination comes from the early twentieth century when the Cubists discovered new structural solutions in pieces from tribal cultures. But it was the Surrealists who especially felt Vigas’ poetry and magic, and Ernst could not escape this influence. When he settled in Arizona during his exile in the United States, Ernst was openly influenced by the artistic production of the indigenous people of the area. He created, as Vigas did in his way, a private mythology inspired by those cultures.

Undoubtedly, the world of Brujas and Objetos americanos that Vigas had already painted in the early years of the ‘50s were bound to seduce and influence two sensitive, Surrealist souls like Max Ernst and Dorothea Tanning. This is why Ernst and Tanning kept regularly visiting Vigas’ studio on the rue Dauphine. 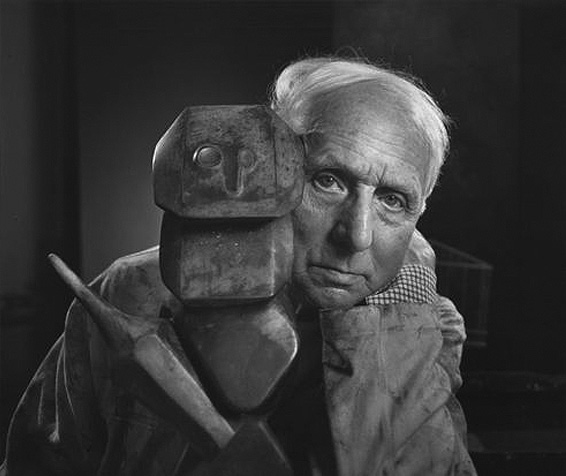 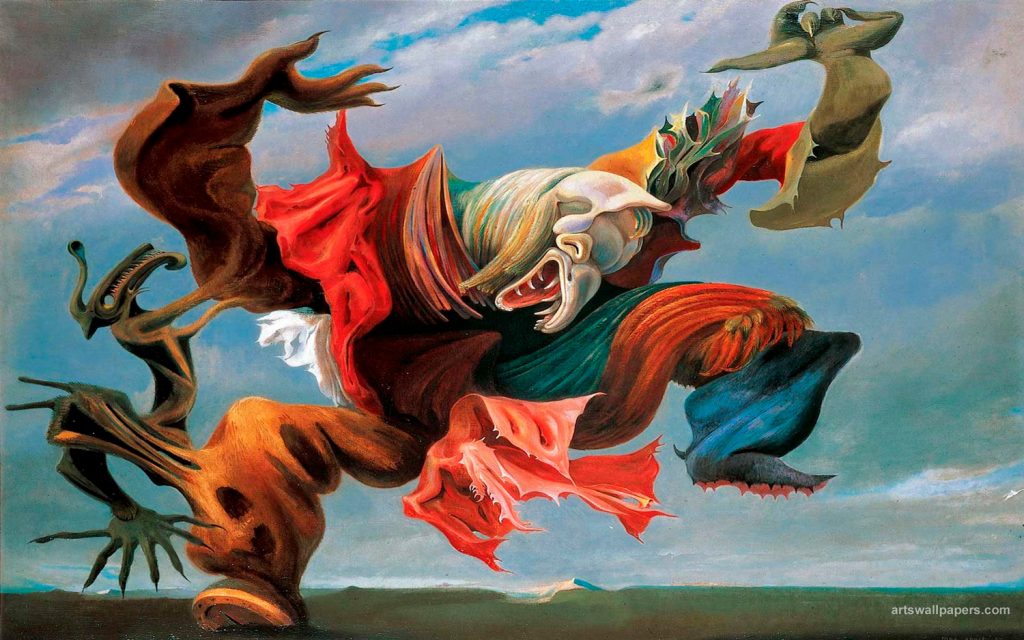