Oswaldo Vigas is born on August 4 in Valencia, Venezuela.

He is awarded the Best Illustration for Poetry Award at the First Salón de Poemas Ilustrados, Ateneo de Valencia (Valencia, Carabobo, Venezuela), where he is also given his first solo exhibition.

“In the Liceo Pedro Gual, the future graduates were interested in poetry, me among them. I also used to paint. At that time, fun meant writing, reciting, and being aware all the cultural activities that were taking place at the Athenaeum...”

From an interview with Alfredo Fermín, El Carabobeño, 2001

Vigas receives the Medal of Honor in the first Salón de Pintura Arturo Michelena, where he exhibits several works made between 1942 and 1943.

Vigas is admitted to the School of Medicine at the Universidad de los Andes (ULA) in Mérida, Venezuela. He presents a solo exhibition at the Ateneo de Valencia, and participates in the III Salón Arturo Michelena.

“When I entered the University, I continued painting, and with the money I obtained from the sale of my paintings I was able to complete my medical studies.”

Vigas presents the exhibition Oswaldo Vigas at the Ateneo de Valencia. His painting continues to be based on the human figure, depicted with growing distortion and greater freedom, and a thickening of brush strokes, in reinforcement of the general expressivity of his work. He begins his series of figuras de los Andes.

He participates in a group exhibition with other contemporary painters from Carabobo, at the Ateneo de Mérida, in Mérida, Venezuela.

He continues studying Medicine at the Universidad Central de Venezuela and joins the Taller Libre de Arte in Caracas, periodically visiting the Escuela de Artes Plásticas Cristóbal Rojas, where he is in contact with Manuel Cabré, Martín Durban, Pedro Ángel González, Rafael Ramón González, and Rafael Monasterios, among others. He receives First Prize in the First Salón de Pintura of the Ateneo de Mérida. The human figure remains the central theme of his painting. He begins using flat, lacerated colors; at the same time, he discovers pre-Columbian pottery. All this serves as a prelude to Vigas’ Brujas (“witches”) period. 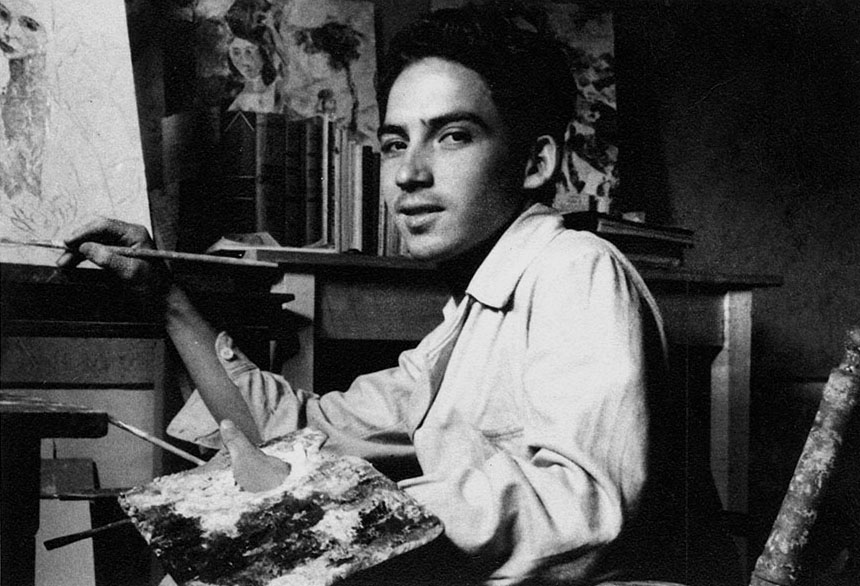