In the context of the European avant-garde, Surrealism was perhaps the only movement that lasted for decades. Begun in 1924, when André Breton wrote the first of its manifestos, the movement saw its concepts and criteria evolve over the passage of time.

In Latin America, the influence Surrealism outlived the movement’s existence. It can be said that there was surrealistic expression throughout the twentieth century and that that exists even today, though not as the result of a movement or a group. It is a spiritual and cultural empathy currently part of the identity of some Latin American artists– the result of a continent full of memories of a magic past, populated by gods and myths.

Some Latin American artists considered to be Neo-expressionists have had occasional connections with Surrealism. This is due to their need to take on the role artist with full freedom, and it is manifested in the dynamic and gestural strokes of their paintings. In other cases, there is figuration whose content can be considered surreal. The truth is that many Latin American artists went to Europe not to affiliate with the various existing vanguards there, but to enrich themselves with the art of both past and present while participating in the full flower of modernity. This is the case of Oswaldo Vigas, who arrived in France in the early ‘50s, just as a second artistic vanguard was dawning in both abstractionism and figurative work.

Vigas did not adhere to the European movements because he was already expressing his Latin Americanist feeling in the content of his figurative works and in the textures and colors of his brief, informal period of abstraction. It is this strength that made artists like Vigas persevere, despite fashionable movements, and staunchly express their character and identity. This was certainly true of Francisco Toledo (born 1940), an artist who came to Paris from Mexico in 1960, while he was still very young. Vigas met Toledo in the studio of a mutual friend, the Peruvian painter Hugo Orellana. Both made engravings and shared a studio for a time.

Toledo had an amazing sensitivity and artistic ability. He arrived in Paris completely imbued with the myth and history of his Mexican heritage, which he had never allowed to be leached out of him. He was seeking to expand his notion of printmaking, the discipline in which he is now recognized as one of the great masters in Latin America. Fittingly, he worked in the celebrated studio of Stanley William Hayter, an important British printmaker closely associated with the Surrealists in Paris and then, during the war, with the Abstract Expressionists in the United States.

Toledo’s work is based on the representation of scenes of myth and fable, which contain hybrids between animals and vegetation. Toledo has been associated with the Surrealist movement, but he transcends this type of classification, since his work, even when imbued with a dreamlike atmosphere, does not dissociate itself from his Mexican roots.

Vigas, too, transcends any kind of classification. His greatness lies in being an artist whose mythical cosmogony is consistent with his worldview. In this sense, Vigas and Toledo went to Europe with deeply Latin American modes of expression that made them impermeable to foreign influences. Vigas decided to take up engraving again in 1963. He had already worked in the medium in the early ‘50s before his arrival in Paris, when he attended the studios of Marcel Jaudon, Arturo Luis Piza, and Stanley Hayter. At the time, after seeing prints by Pedro Ángel González, Vigas was interested in learning the various techniques of engraving. The pieces he made at the time dealt with the theme of Brujas, and he even made lithographs anticipating the Personagrestes series of years later. The passion for engraving led him to prepare the kitchen of his studio for work on his prints at night—and at this stage, he invited Toledo to print with him. There are also various etchings that were printed in the famous studio of Georges Leblanc, who also was also Picasso’s printer. Many of the themes Vigas was working with in the studio are the ones he used in the paintings of those years, such as Guerrero, Adán y Eva, Ícaro, and the series Aparecidos, Personagrestes, Terrícolas, and his Aves agoreras and other animals.

Today, Oswaldo Vigas and Francisco Toledo are hailed as two great masters of Latin American art, known for their integrity and intense spirituality. Besides being engravers, they are painters, sculptors, and ceramicists; and each has served as a cultural activist in his respective country, leaving a legacy of work and cultural institutions. Their works are the result of their commitment to a full reality of myths and traditions, dreams and inventions. 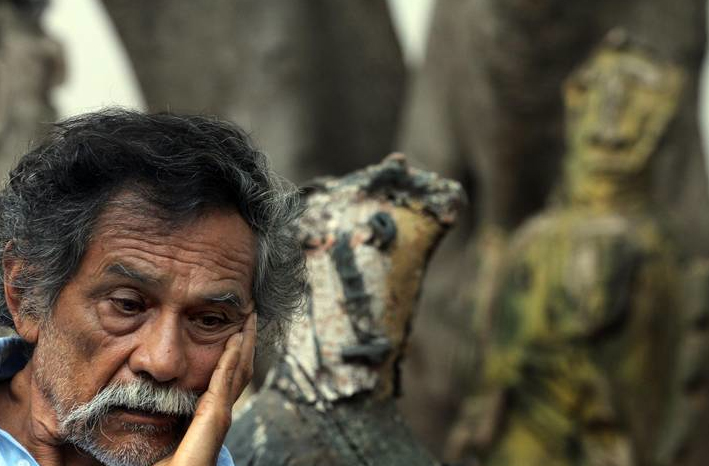 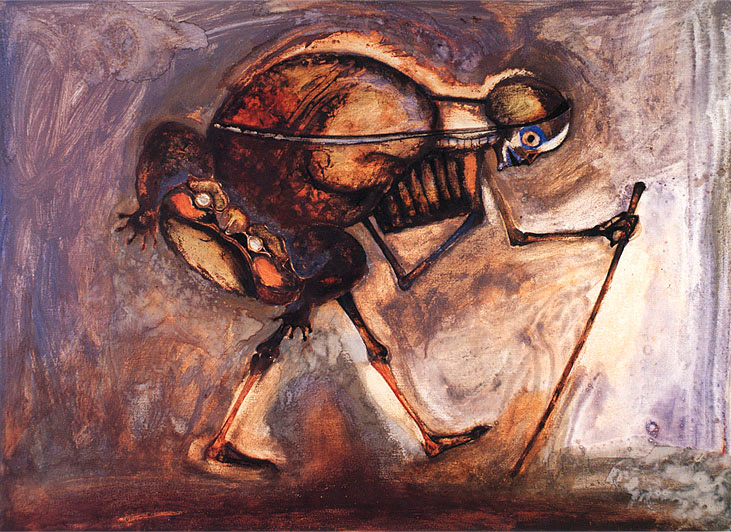 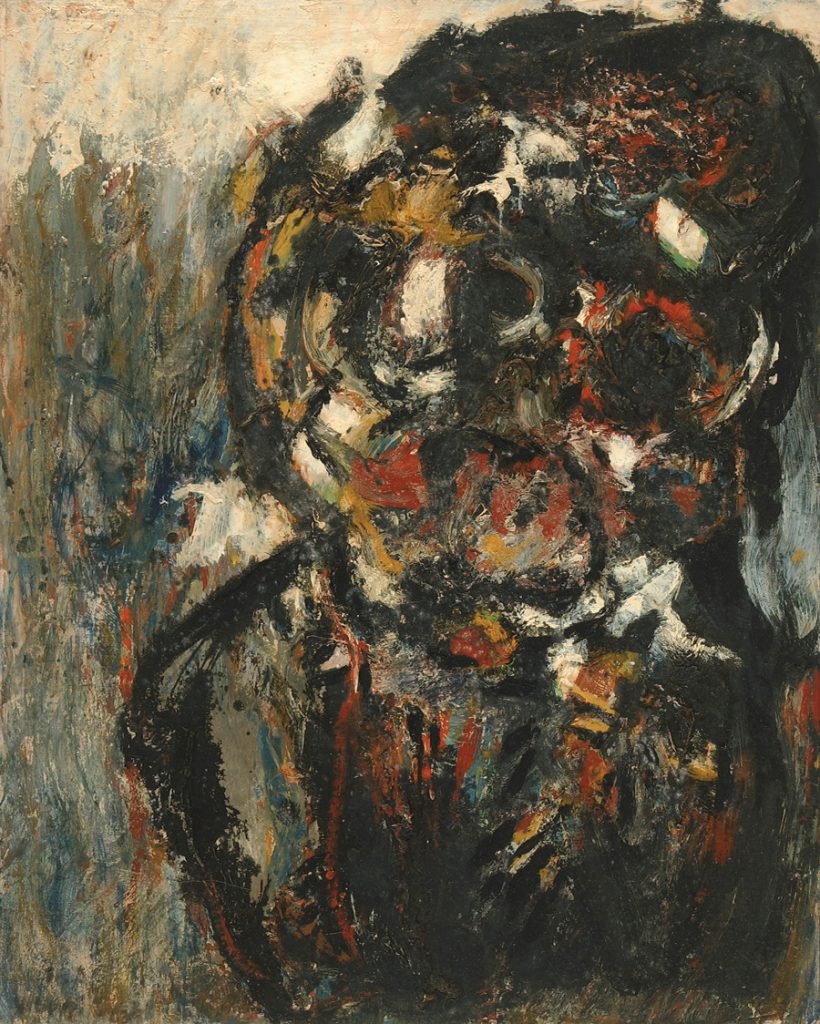