After three grueling years of Spanish Civil War (1936-1939), followed by World War II, which ravaged Europe between 1939 and 1945, Spain was devastated– economically, socially, and culturally. The nation fell behind in its participation in Europe’s second artistic vanguard, which flowered during the mid-‘40s and 1950s. It was with the advent of the Dau al Set group in Barcelona, in 1948, and the appearance of the El Paso group in Madrid (1957-1960), that a revolution in painting styles began in Spain. Among this second group was one of Oswaldo Vigas’s greatest friends, Antonio Saura (1930-1998).

Coincidentally, both Vigas and Saura settled in Paris in 1952. However, they met the following year when Vigas went to Spain, a crucial visit to his development as a painter. It was during this visit that he looked carefully at works by Velázquez, Goya, and El Greco at the Museo del Prado. These masters were an important reference for artists like Saura and Vigas, who were interested in Expressionism.

Saura had experienced the vicissitudes of the Spanish Civil War in Madrid. He was a self-taught artist who knew how to conceptualize his work in various series and stages, as well as in writings. Like Vigas, he was briefly a Surrealist painter when this movement regained a fresh impulse mid-century, though Vigas had already ventured into this territory in early works he made in Venezuela, which date from a decade earlier. Like most of the Expressionist artists of the time, both advocated the complete freedom in the processes of creation, and this can be seen in their painting styles. Their works are distinguished by an attitude of confrontation towards traditional modes of representation.

There are many factors to unite the two artists. Both went through periods very close to Informality and especially to gestural painting. For Saura, this period was emblematic. This style appears markedly in his grattages from the mid ‘50s (the technique involves scraping paint from a prepared canvas), at which point the gestural character of this expressive element begins to emerge in all his figurative work. We see a similar effect in Vigas, in his 1962 Signos series, which appears immediately after a brief, informal abstract period of the late ‘50s and early ‘60s that had focused on pictorial material as a way to express the artist’s attachment to the land. Signos represents the formal opposite of the previous series, and while Vigas maintains his interest in the demarcation of territories, he had also become interested in Zen Buddhism. He was thus interested in the sign as a result of a violent and dynamic gesturalism, in accordance with his expressive and free temperament. After Signos, Vigas returned to figuration with the series entitled Personagrestes, an invented term uniting ‘people’ with their ‘rural’ or wild quality. These are works that ambiguously combine abstraction and figuration, but with strong and explosive gestural brushstrokes. Thereafter, Vigas fully assumed the Neo-Expressionist style through the figure and color application.

Saura, on the other hand, focused his expressive means on the transfiguration of the faces of his characters, drawn predominantly with thick, black strokes. In general, color in Saura had a measured use. His gesture; as Aldo Pellegrini wrote, color becomes "a tear." Indeed, part of Saura's painting expresses drama, death, and pain, a characteristic explained by the fact that the artist lived in a materially and spiritually detached Spain.

Saura maintained some constant themes in his paintings: his self-portraits and the series Damas and Crucifixiones. Vigas also works the latter two themes in various ways. For him, the theme of the Americanness was not only important for its connection to the land and its vital meaning; the theme was also expressed in the first female presences in Brujas, from the ‘50s, and then in goddesses like the religious figure Maria Lionza, the Señoras, and other fabled creatures of later decades. Perhaps there is a radical difference between the paintings of these two artists: while Saura’s work exudes pain, whereas Vigas’ work embodies the exaltation of life, viewed through the germinating element of mother earth, gesture, and color.

Saura made the first of his Crucifixiones 1957 and Vigas made his first crucifixion in 1953. Both developed this theme throughout their careers. Saura made his gestural Crucifixión, modeled on that of Velázquez, not as a religious image, but one representing the tragedy of the human condition. Vigas, on the other hand, took Grünewald’s Crucifixion as his starting point, to express Christ’s physical and spiritual pain through magical vision that is deeply Americanist. Despite in differences of purpose and focus of Saura’s and Viga’s approaches, both express pain intensely.

Another point of contact between the two artists is a wide-ranging interest in different media. Neither limited himself to painting. Both were distinguished illustrators and graphic artists. They both made sculptures, murals, and tapestries. Saura, for his part, was an enthusiastic theater set designer. Vigas also made pottery. Both were passionate about working with many materials, in their characteristic ways and techniques, as they brought their creativity to the limitless possibilities of the languages ​​of art. 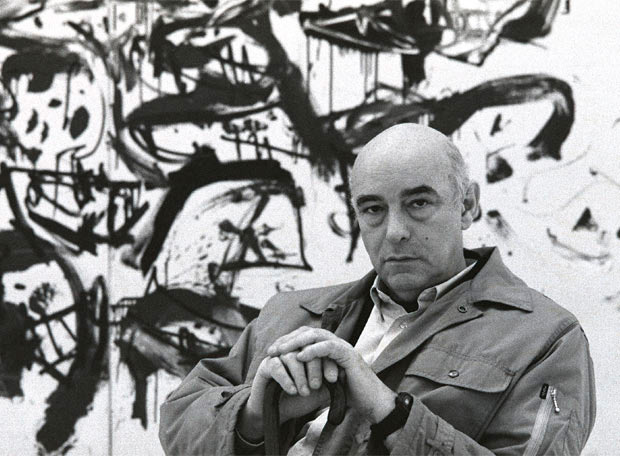 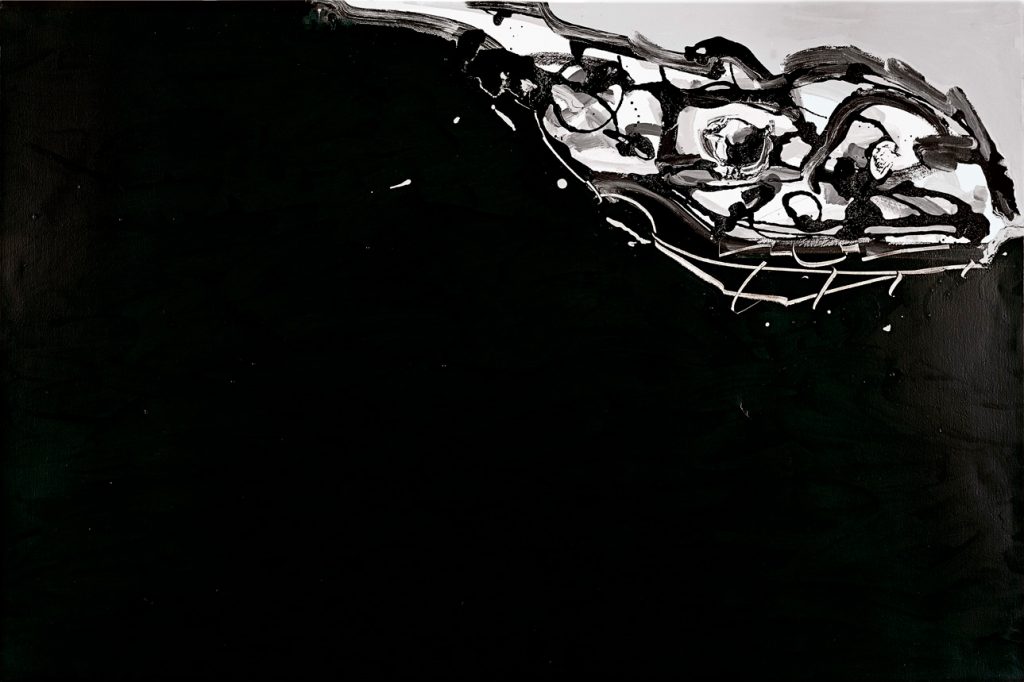