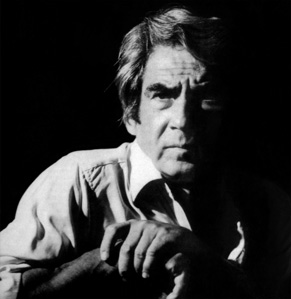 Oswaldo Vigas in the 80's

Oswaldo Vigas Oswaldo Vigas was one of the most prominent Latin American modernist artists of the twentieth and twenty-first centuries. Born in Valencia, Venezuela, in 1923, Vigas was an active member of the Parisian avant-garde art scene between 1952 and 1964, and went on to play a key role, upon his return to Venezuela, in shaping the cultural life of his native country. He died in Caracas in 2014.

Taking inspiration from a wide variety of sources –the origin of life, the Venezuelan landscape, the history and mythology of the Venezuelan people– Vigas drew on a diversity styles that served his ongoing search into his mestizo identity. Cubism, Surrealism, Constructivism, informalism, and neo-figuration are all employed in a personal way, while the artist remained faithful to his own convictions and created a body of work containing imagery that is both authentic and unique.

Vigas took inspiration from great masters of Western art like Pablo Picasso, Paul Gauguin, and Paul Cézanne, as well as from anonymous Native American and African artisans. He was the first Venezuelan artist to interweave influences from the country’s pre-Columbian and African cultural patrimony with strains of European and American modernism. Especially as an important counterpart to the unalloyed Eurocentric tastes that dominated so much modern Venezuelan art during his time, which was focused on the geometrical, kinetic, and optical movements, Vigas’ work takes its place next to that of fellow leading Latin American artists –including Fernando de Szyszlo, Roberto Matta, Wifredo Lam, and Rufino Tamayo– who were also strongly committed to the indigenous legacies of their countries.

Vigas' vast output encompasses painting, sculpture, printmaking, ceramics, and tapestry. His work has been seen in more than a hundred solo exhibitions and is represented worldwide in numerous institutions, including, in the United States, the Museum of Fine Arts, Houston, the San Francisco Museum of Modern Art, the Michigan State University Art Museum, the Art Museum of the Americas, OAS, in Washington, D.C., and the Avon Collection, in New York; in France, the Musée Jean Lurçat et de la Tapisserie Contemporaine in Angers, the Musée Des Beaux Arts D'Angers, and the Musée Des Beaux Arts in Reims; in Colombia, the Museo de Arte Moderno and the Museo de Arte Contemporáneo El Minuto de Dios, both in Bogotá; in Peru, the Museo de Arte Contemporáneo in Lima; in Chile, the Museo Nacional de Bellas Artes in Santiago de Chile; in Uruguay, the Museo Ralli in Punta del Este; and in numerous important private collections around the world.

Oswaldo Vigas in the 80's