Oswaldo Vigas and the Ecuadorian painter Oswaldo Guayasamín (1919-1999) met at the opening of a Bernard Buffet exhibition in Paris, in 1956. Like Guayasamín, Buffet, a French artist whose portraits are distinguished by strong expressiveness in the representation of his characters, was recognized as a realist painter, the inner drama of the human subject being of great importance to both of them. After the opening, Guayasamín went to Vigas’ studio on the rue Dauphine and said: “Look, I am Oswaldo Guayasamín and you're Vigas. Give me a canvas! Give me paint! I’ll make you a Bernard Buffet-style portrait, but much better than Buffet, because you and I are the two most important artists of Latin America.” The result was an extraordinary portrait of Vigas that hangs today in the living room of the artist’s Caracas home. Guayasamin represented him in a medical scrub, because he knew Vigas was a doctor. In less than two hours, he caught the features of his young friend with his very defined expressive style.

Guayasamín had great skill as a portrait painter. The Vigas portrait demonstrated his ability to capture the anatomical features of his model, but his virtuosity went beyond capturing a resemblance and mastering painting techniques: he knew how to express the soul of the character.

While the reality of indigenous and social conflicts served as the subjects of Guayasamín’s paintings, this was not the case for Vigas. At the beginning of the 1950s Vigas advocated a mythical realism in which fabulation allowed him not only to express his deep attachment to the Latin American condition, but somehow to celebrate life, too. Underlying Vigas’ brush stroke in Brujas of the early ‘50s, through a brief period of abstraction and then all the subsequent figurative work that Vigas takes up again in the ‘60s, is a telluric force that informs the figure on a basic level. During all periods, Vigas maintained this sense of belonging to his land and his origins.

In 1956 Vigas was in a Constructivist period. Barely two years had passed since he’d created the murals of the Ciudad Universitaria, which caused him to begin rethinking the representation of figures with a much more abstract and constructive imagination. At that time, one of his goals was the reduction of forms into linear structures that nonetheless suggested fragments of figures from a fictional reality. This manifests itself in many paintings as signs amid a linear machinery: teeth or sharp nails, leaf outlines and their ribs, etc.– images that show Vigas’ attachment to figuration (as in Primeros personajes)– although then Vigas reaches abstraction in series like Objetos, made between 1954 and 1956, and Formas Tensionales, which were created concurrently between 1955 and 1957.  The focal point of works in the latter series was the interception of lines to form geometric planes. Shape and color reach their maximum simplification and carry strong expressive content that is distinctive in Vigas’ oeuvre. Not surprisingly, the critic Gaston Diehl has compared the density and spiritual power of these works with that of Joaquín Torres García and Jean Michel Atlan. This aspect of Vigas’ process involves a purification not only of form, but of the intention sought in the image itself.

Then, from 1963, and especially after his return to Venezuela in 1964, Vigas went back to figuration with new energy and vitality. He made the series Vespertina, Grupo familiar, Selvática Insectívora, and Señora de las hojas, among others, which show his mature and strongly expressive style. By this time, Vigas is already being hailed at this point as one of the most important representatives of the Latin American Neo-Figurativist movement. This was a movement that took various forms during the ‘60s, and its heterogeneity is revealed by observing, for example, the various ways Vigas and Guayasamín went about figuration. The latter focused his attention on the local issues of indigenous people, as well as the harrowing condition of the poor and the afflicted. He achieved universality as injustice, dictatorship, war, and social discrimination became global problems. Vigas, on the other hand, with his totemic and mythical presences, managed to transcend the limits of locality through his profoundly modern and universal language, which touched the essence of Americanness. 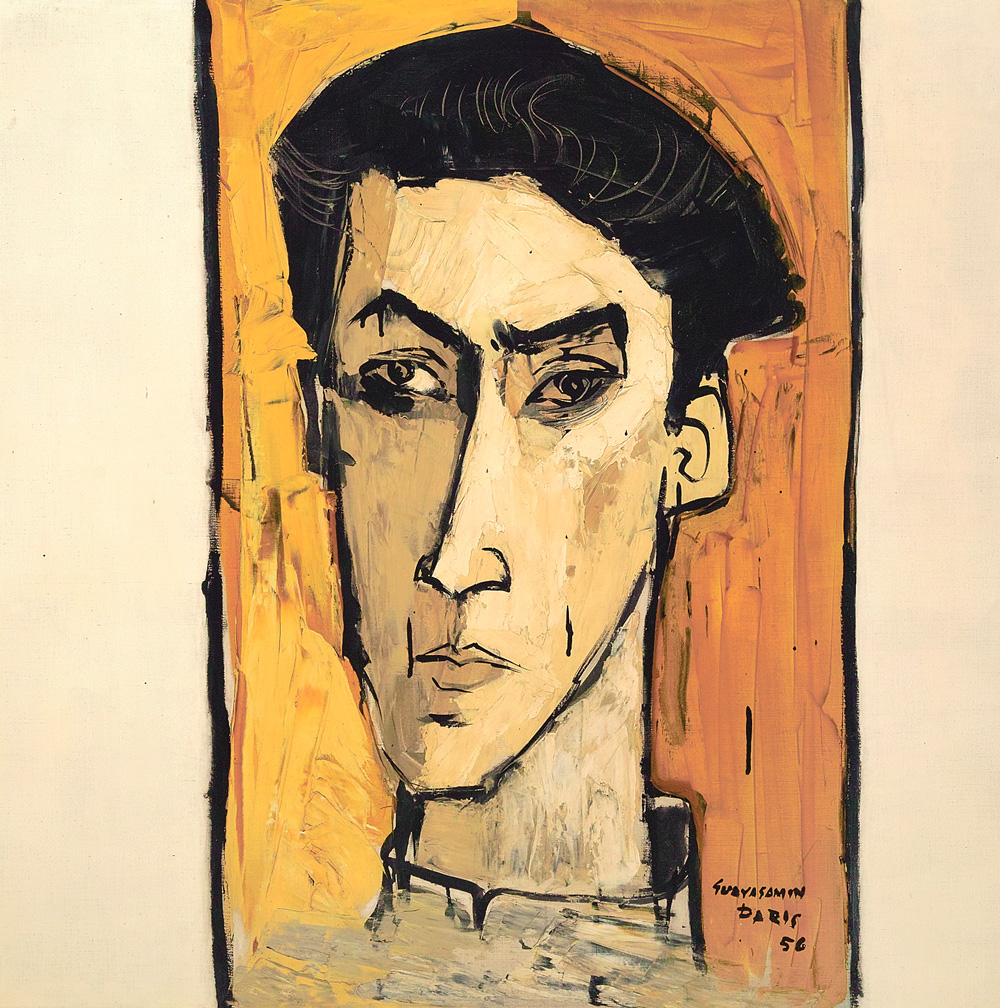 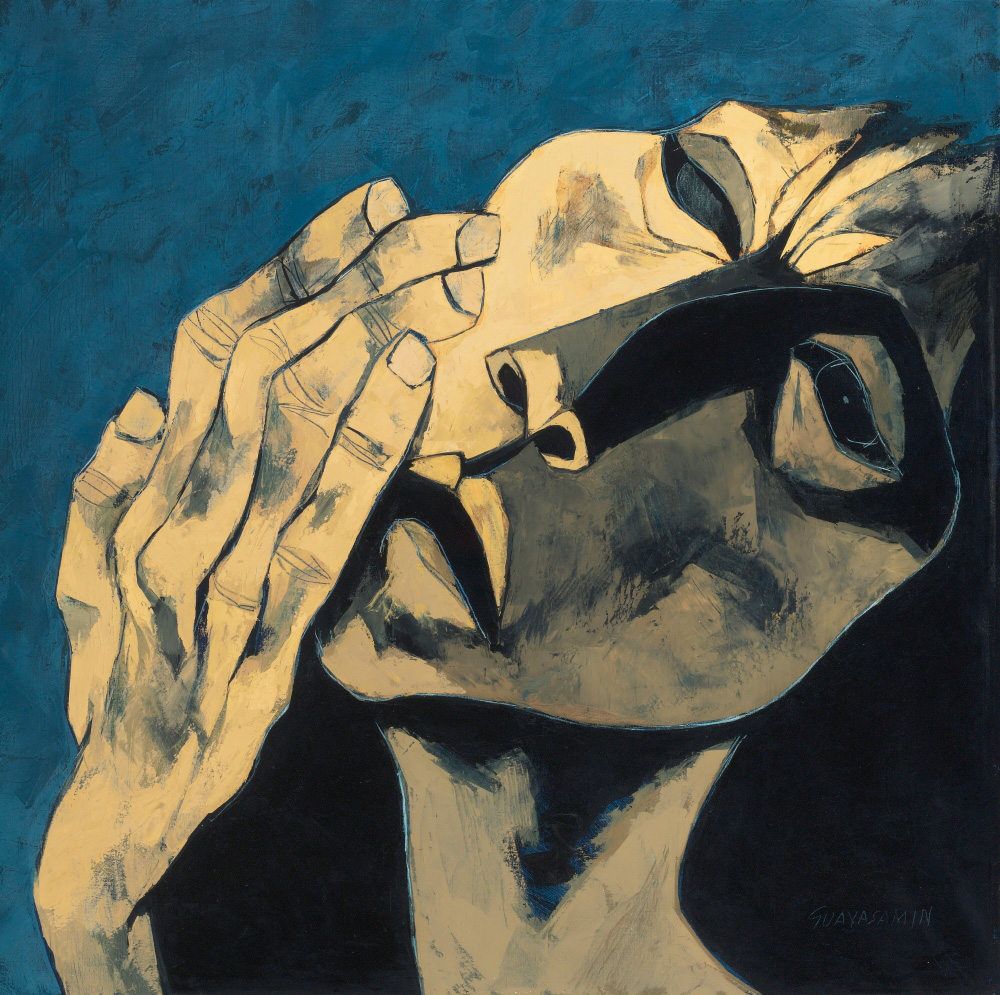 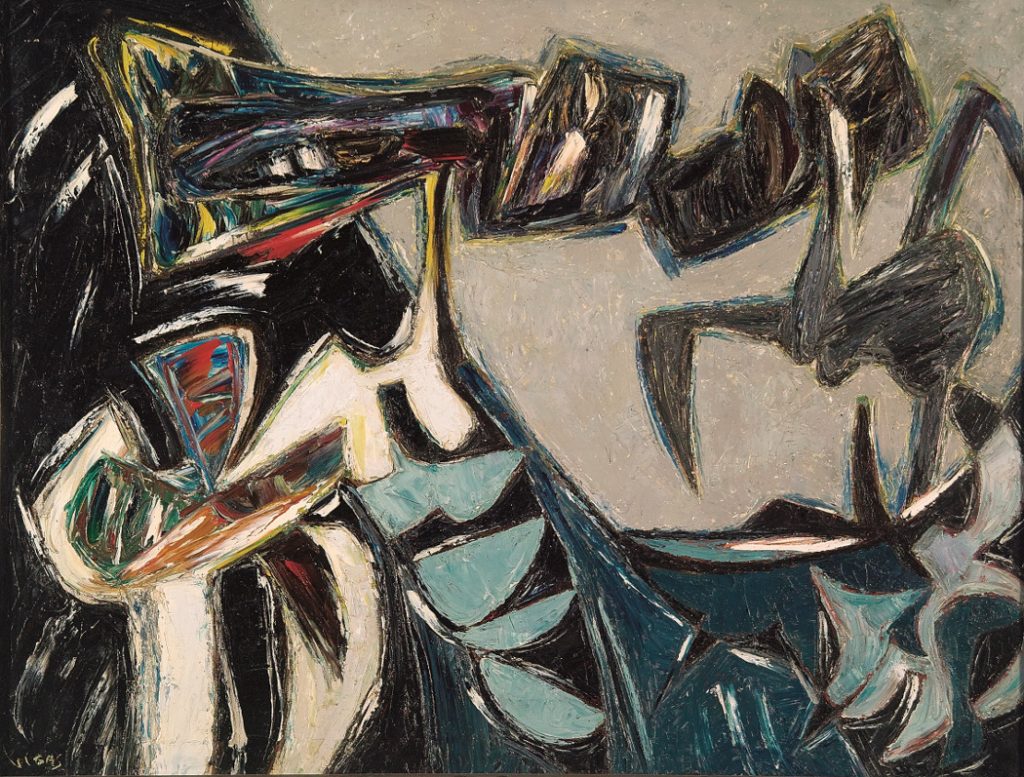 “Look, I am Oswaldo Guayasamín and you are Vigas. Give me a canvas! Give me paint! I will make a portrait of you in the style of Bernard Buffet, but it will be much better than what he would do because you and I are the two most important artists of Latin America.”.