Oswaldo Vigas’ experience as a muralist dates from 1953, when the architect Carlos Raúl Villanueva invited him to participate in the Síntesis de las Artes project for the Ciudad Universitaria de Caracas. At the time, Vigas was living in Paris, and it was there that he conceived the now emblematic murals of the Ciudad Universitaria. It was also in Paris where Vigas had the opportunity to come into contact with artists in the vanguard of the international modern art, including Dutch painter and poet Karel Appel (1921-2006).

Appel’s work is characterized by extreme vitality, distilling pain and rage over the vicissitudes and persecutions suffered by the Dutch during World War II. The figuration in Appel’s work references both archaic imagery and the naïve images of so-called “primitive” art, including children’s painting and drawing. The devastating circumstance of the war somewhat explains the apparent contradiction in Appel’s work between the world of adults, defined by violence and misery, and iconography that is almost entirely defined by childhood.

It is the theme of childhood that Appel chose for the mural he created in the cafeteria of Amsterdam City Hall, L’Enfant interrogateur (1948-1949), derived from a drawing he made in 1947. This was the first of several murals that Appel did in his prolific career, and the theme expresses how the innocence of children confronts an oppressive and hypocritical society. This mural set off a public outcry that caused it to be covered over for ten years.

Like Appel, Vigas was the master of multiple expressive means. He was a painter, a sculptor, an illustrator, a ceramist, and a muralist. While the two artists differ in artistic motivations and circumstances, they represent a similar creative process based on expression and color. They became friends in Paris during the years in which Vigas developed the murals for the Ciudad Universitaria—a time when Vigas’ figuration was based on organic forms that he considered essential. He invented hybrid beings and vegetation that somehow represent the “internal structures” of nature, and that also prefigure his constructivist period.

Many years later, in 2005, Vigas made another important mural: Trilogía para Banesco, a monumental 200-square meter work located on the terrace of the Banesco bank. It is an expansive polychrome work, executed in vitrified Venetian mosaics, a material that Vigas knew well. He took the idea for the mural from a drawing he made in 1959, but conceived the style, the rhythm of the figures, and the color treatment from some mural projects he made in miniature on wooden slats in 1955. These source works, like the 2005 mural itself, are somehow reminiscent of the looseness, polychromy, and animosity of some of Appel’s figurative works.

Carrying small-scale drawings and sketches through to the finished, monumental Banesco work was a task that took a year to complete. The result takes the form of a trilogy of figures, almost abstract, yet articulated. The work is an ode to color and to expressive vitality, both of which are elements essential to the neo-expressionist art of the CoBrA group and, of course, to Oswaldo Vigas. 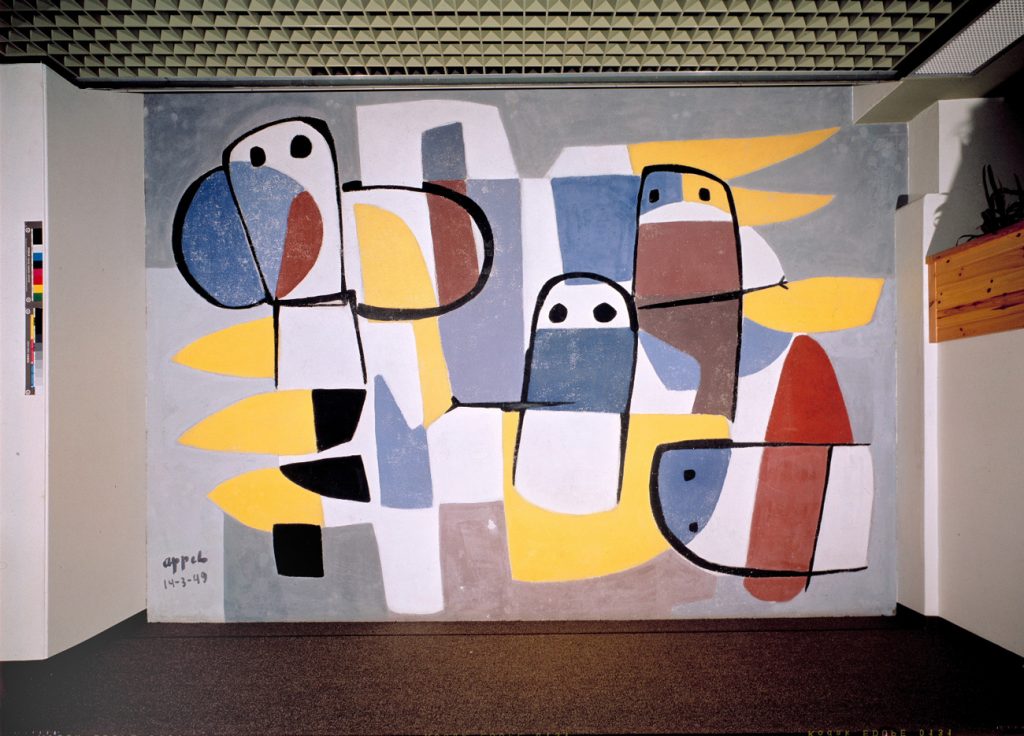 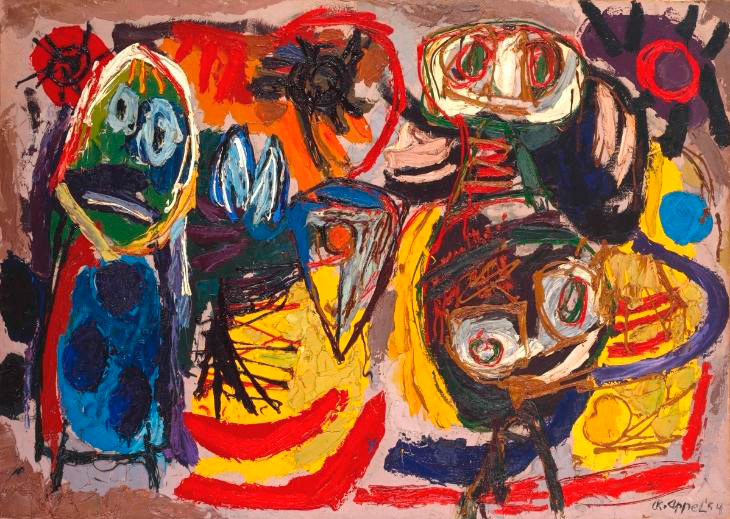 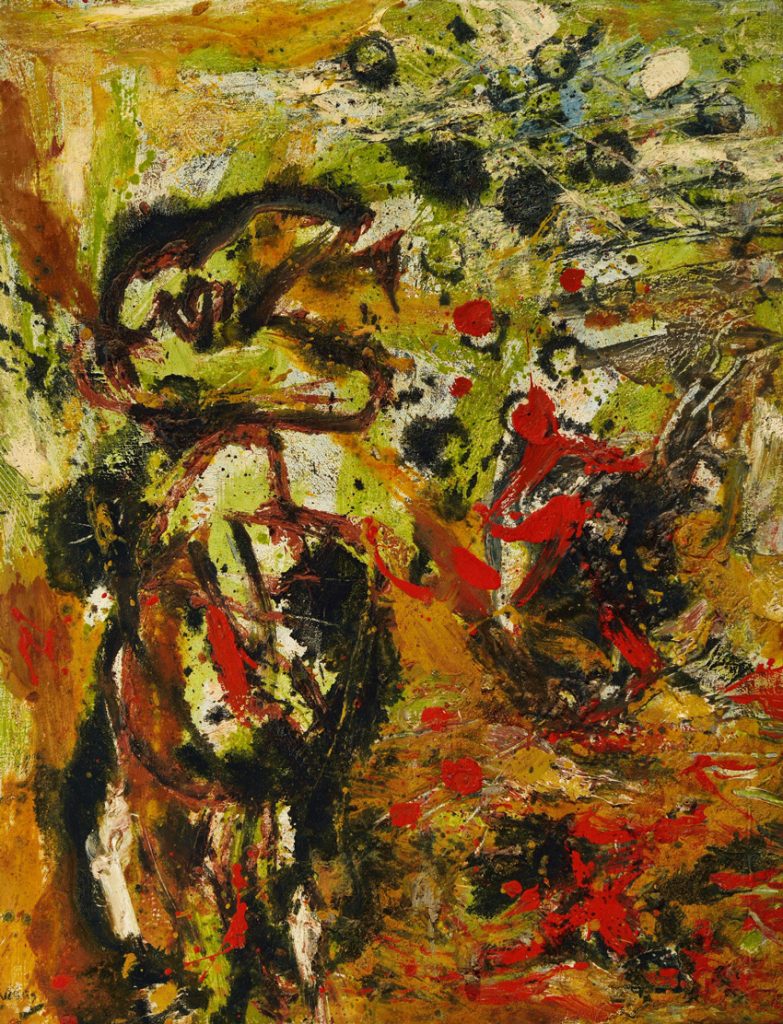